Bellator’s #1 Light Heavyweight Contender “Mr. Wonderful” Phil Davis (15-3-1) is coming off of defeating 2 men in one night at Bellator’s Dynamite! Presentation. Not just any two men, but former Bellator Light Heavyweight Champion Emmanuel Newton and UFC veteran Francis Carmont, both in the first round. Davis had a conversation with Submission Radio over a variety of topics and most importantly he stated that if he got the chance then he would in fact take on Fedor in Japan.

On Fedor going to Japan and if Phil wanted to see how Fedor would have done in the UFC.

“That’s a business thing. Fedor’s been able to make some good business decisions throughout his career. And the reason why he didn’t go in (to the UFC), or the reason why he is where he is, is entirely business. Here’s a guy who doesn’t feel the need to quote, unquote “prove” himself against whomever someone else says, ‘you need to prove yourself against this guy’. No, he’s comfortable in himself to say ‘I’ll fight whoever gets in this cage’ and he will go throughout his career that way. Which is, you know, there’s something to be said about having that chip on your shoulder and wanting to fight the best guys. But at the same time, and businesswise he’s never – well I don’t know about never, but not recently – he has not recently taken that pay cut to quote, unquote “fight the best guys.”

Would Davis would take the Fedor fight in Japan on NYE?

“Man I’d have to. I’d have to. It’s like, how could I not? I just…I don’t know. He’s a legend in the sport. It’s one thing if you lose to Joe Schmo. But if you lose to Michael Jordan, people go, ‘you know what? You did good against Mike’. You know? (laughs). There’s competing, and that’s like a fight that anybody gets up for, you get super excited for. Is he the best Fedor we’ve ever seen? Who knows? I would lean against no. But at the same time, I wouldn’t count that man out of nothing. I’m gonna come at that man like he has a weapon in his pocket. Okay? Like he’s that good.”

On his reaction when he learned via it being put on that he had won a belt in the Bellator tournament.

“Well see I don’t really like surprises in general. So even like a good surprise is like, I’m still too surprised; what’s going on? (laughs) You know? It’s weird because I just get done fighting, then somebody sneaks up behind me, my instincts are still on red alert, you know what I mean, I’m still high. I might have karate chopped somebody.”

Best and worst of fighting two times in one night.

“You know, I anticipated this being the toughest part of fighting twice in one night. And it really was, it was just refocusing after your first win, not to get too happy or too caught up in my last win. That last one means nothing. Now it’s time to concentrate on the fight in front of me. And it was like man, Emanuel Newton is a super tough guy. To be able to finish him in the first period is like, ‘oohhhh that’s worth celebrating over’. And it’s like, alright, not tonight you don’t. Tonight you don’t worry about that, that was water under the bridge.

“Now we gotta go through King Mo next. So that was really the toughest thing. It sounds silly, like ‘ahh, you should be able to do that’. But normally you get a first-round finish, that’s the end of the night. That is the end of the night. It’s shower, change, get ready for the press conference. And in turn it was like, change your gloves, then give me some more gloves. It was like, get taped up again and get back into that pre-fight, very intense, focus stage and feeling.”

“I think that’s a great match up for me. He’s a good striker, he’s a good grappler and he still has a lot of work to do in the wrestling. So it’s one of those guys that you cannot say ‘oh he should be a piece of cake’. Absolutely not. You see that triangle he slapped on homeboy there? That was slick, it was slick. And it was mean too. I was like “ohhh weee, that’s highlight reel right there”. So it’s a great match up, I honestly do think so.” 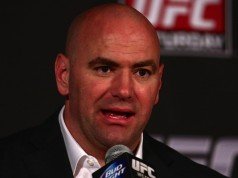 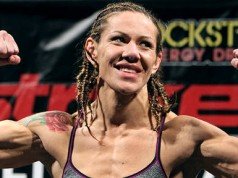