Former WWE, TNA, and ROH star Brian “Spanky” Kendrick recently spoke with The Two-Man Power Trip of Wrestling Podcast. The Brian Kendrick talked about what all happened when he came back to the WWE and the topic of if he thinks that WWE NXT is demolishing the Indy circuit. The Brian Kendrick will Appear at the next WildKat Sports Event “Never Forget” on September 11th.

Was his time at the Performance Center a tryout for future use as a trainer:

I guess it’s true in a sense but it wasn’t an official tryout. It was more of a come down and see how the system works. For me the whole point was to go down there and gain some knowledge as far as how they run things and the drills they do so I could prepare my wrestlers in a way that they won’t be completely caught off guard if they are lucky enough and work hard enough to somehow get an opportunity to perform at the Performance Center or get a tryout. It’s top notch. They’ve got something like 5,6,7 rings. One of them is completely soft. So guys can try riskier stuff. They’ve got video rooms, they’ve got trainers on staff to both help you learn how to lift, trainers in a sense of medical care, they’ve got ice baths and all kinds of stuff. It’s as if you were going to any major NFL team or a baseball team it’s on that level.

Will NXT end up killing the Independent Scene:

I don’t think it’s going to kill it. To me it’s genius that they took a style, the “indy” style which is very high paced, high risk, high intensity style of match and are seeing how it works in front of a WWE audience.  As far as I could tell, anyone who watches NXT is a repeat viewer, they can come back and watch more because they enjoy it. I don’t know if it is going to hurt Ring of Honor when people learn that Kevin Owens was a Ring of Honor superstar so if people have this knowledge I’m sure it can help Ring of Honor in a bizarre way. I think if Ring of Honor markets itself as a “stars of tomorrow” I think it could be unbelievable because all those stars that came out of Ring of Honor that move on to NXT are hot stuff. 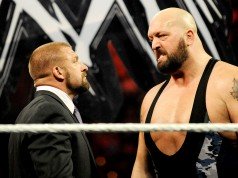 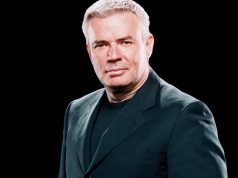