By all accounts, Ernesto Hoost is a legend of kickboxing. It’s arguable that he was the greatest ever, and weeks ago, at 49 years of age, he announced his return to the ring. 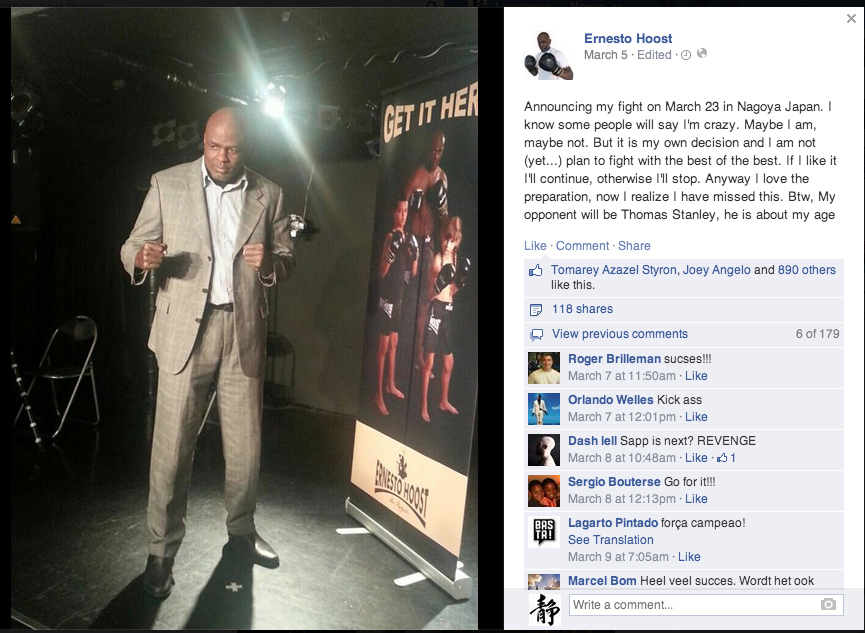 The last time that Hoost had competed was in 2006, losing to Semmy Schilt — a man who, up until the discovery of a heart condition, was still ranked #1 in 2013. Time and again, former champions seek the glory of the ring, the competition in their life — perhaps it makes them feel alive.

They’ve dedicated their lives to combat arts, and even though old age has been unforgiving, many return to the battlegrounds again. 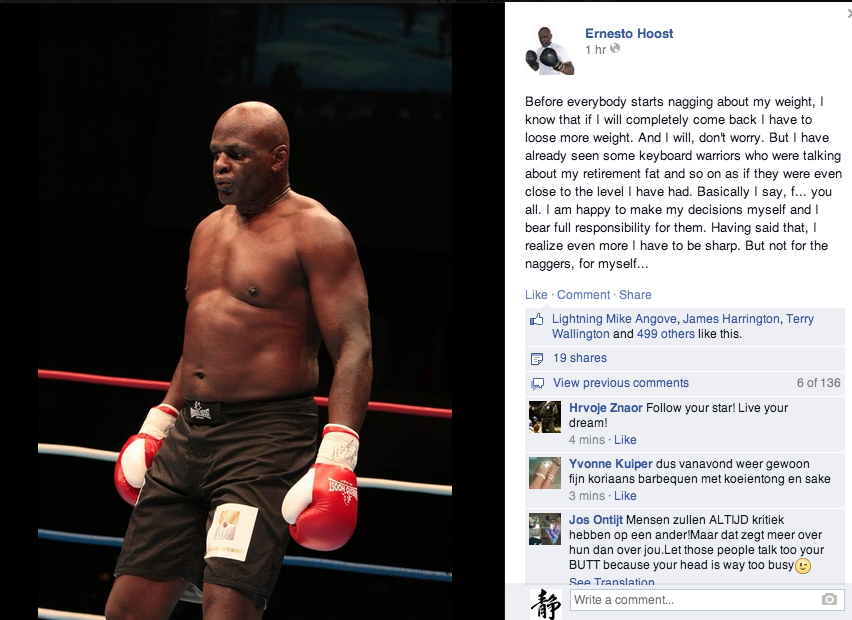 Hoost won his first match back with a decision victory, under his own “Hoost Cup” promotion against Thomas Stanley. Another example is WSOF president, Ray Sefo — after Hoost’s invitation, he’s in favor of competing again. Perhaps it’s the reason Randy Couture, despite his old age, came out of retirement; why Anderson Silva continues to compete despite his accomplishments, and why many are so sure that Georges St-Pierre will come back.

Stay tuned to SciFighting.com as we follow the return of Ernesto Hoost.